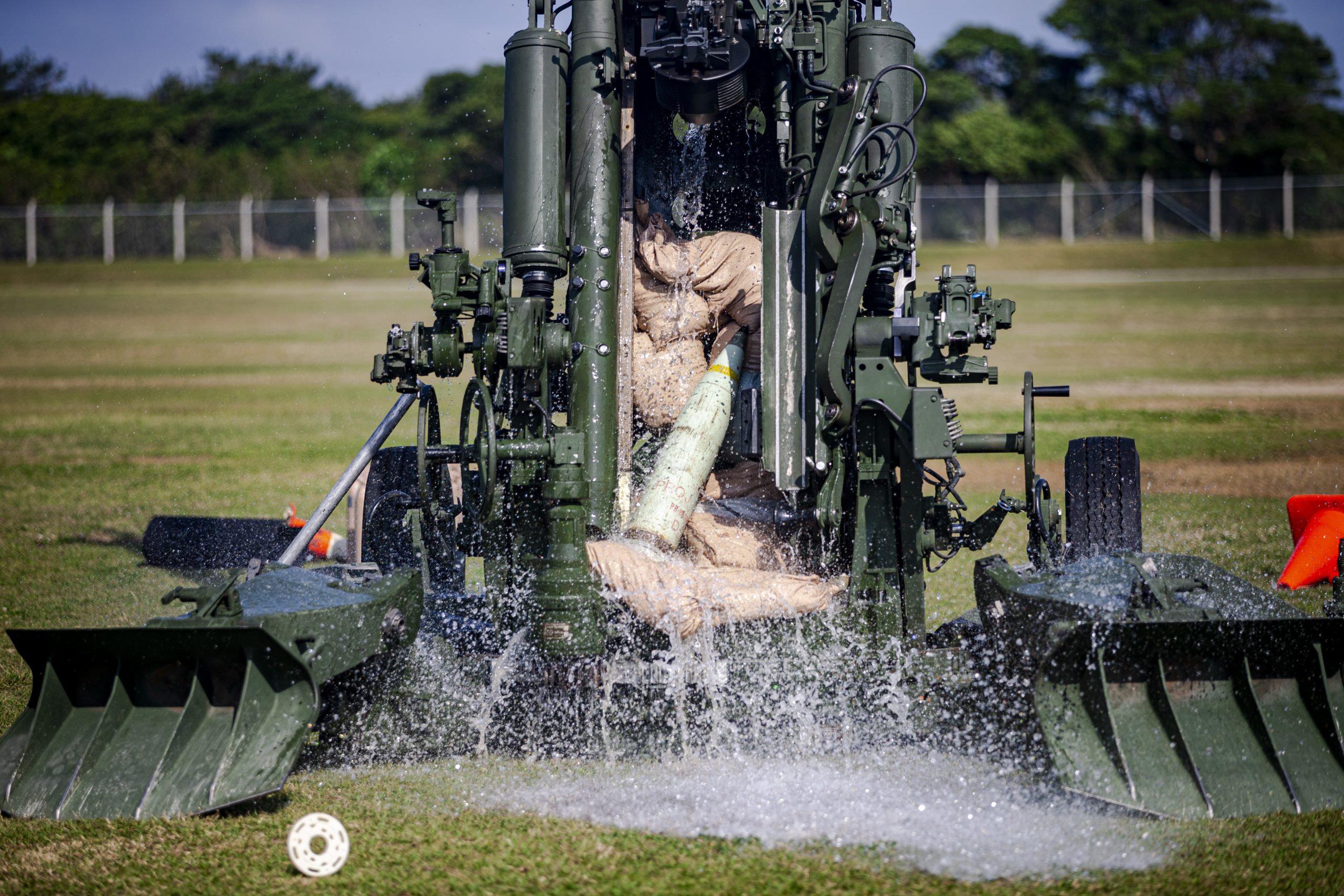 EOD technicians and artillery Marines conducted normal M777 Howitzer firing procedures, however, dummy rounds were intentionally lodged in the 16.7 ft. barrel of the weapon system so each unit could demonstrate their extraction techniques.

“Although stuck rounds in an M777 Howitzer aren’t a regular occurrence, this method of extraction has proven useful in this and other weapon systems,” said Gunnery Sgt. Gerard Murphy, the operations chief at MCB Camp Butler EOD, and a native of Mineral Wells, Texas. “Now that the artillery Marines and EOD technicians have gained exposure to this technique, they will know what to do if the situation arises.”

Marines with 3rd Battalion, 12th Marine Regiment showcased their misfire procedures by maneuvering on top of a Medium Tactical Vehicle Replacement and forcing the ramming staff down the barrel, clearing the 95lb dummy round. Then prepared the howitzer for EOD assistance and evacuation of the firing position.

EOD demonstrated a visual inspection by ensuring the M777 Howitzer was safe and prepared for removal of the lodged projectile. They prepared and employed an energetic tool known as a Mk2 Mod1 .50 dearmer. Upon removal of any lodged projectile, the round is inspected and either returned to an ammunition supply point or destroyed by EOD.

“Over 50 of my Marines were witness to this training,” said Master Sgt. Osman Lima, the artillery chief with 3rd Battalion, 12th Marine Regiment. “We now have the knowledge to safely and properly execute this technique if the situation arises. We learn something new every time we collaborate with MCB Camp Butler EOD. Their expertise has always proven to be invaluable.”

Lima, a native of Los Angeles, California, explained that sharing knowledge and techniques with the MCB Camp Butler EOD in this training instills proficiency and confidence in the extraction method, and will prove to hold its effectiveness in future scenarios.

The process of establishing the electronically charged Mk2 Mod1 .50 caliber dearmer begins with placing it under a sandbag for safety and attaching wire to create distance between the device. Additionally, continuity checks are conducted with an ohmmeter to verify the electrical resistance and firing wire is attached to the cartridge for initiation.

“The technique is extremely safe and effective when executed properly,” said Murphy. “The training today could not have gone smoother. It’s always a great experience to share our knowledge and help keep Marines prepared and ready to stay in the fight