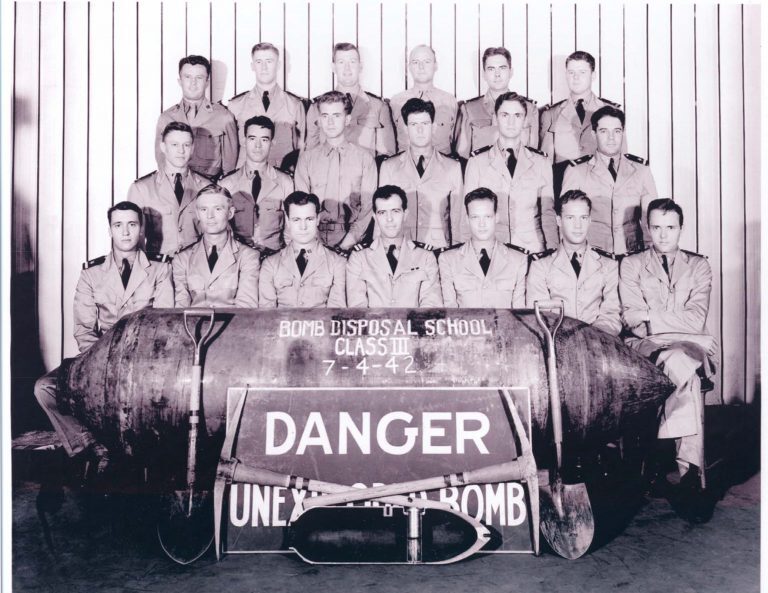 The Navy’s first Mine Disposal class graduated 79 years ago today in 1941, signifying the birth of what is now the Navy Explosive Ordnance Disposal (EOD) community. These World War II Mine and Bomb Disposal personnel were among the first to land on European and Pacific beaches, quickly clearing channels and harbors to provide critical access to Allied landing forces.

As the Mine and Bomb Disposal units evolved into today’s Navy EOD community, the force has maintained its courage and innovation in facing new emerging threats – from sea mines blocking Wonsan Harbor during the Korean War, to land and sea mines hindering American maneuverability during the Vietnam War, to today combating limpet and sea mines targeting naval and commercial ships in the Arabian Gulf.

Today’s operators continue to honor the legacy of our predecessors by advancing Navy EOD’s capabilities to build the toughest force for the future. This drive maintains our ability to support theater commanders in conducting Littoral Operations in Contested Environments, Distributed Maritime Operations and Expeditionary Advanced Basing Operations to meet the challenges of Great Power Competition in a changing world.

Navy EOD – comprised of elite, professional warfighters – remains a lethal and resilient force that can be applied in contingency and crisis operations across the globe. We are Navy EOD! And we eliminate explosive threats so our Fleet and Nation can fight and win – whenever, wherever, and however we choose.